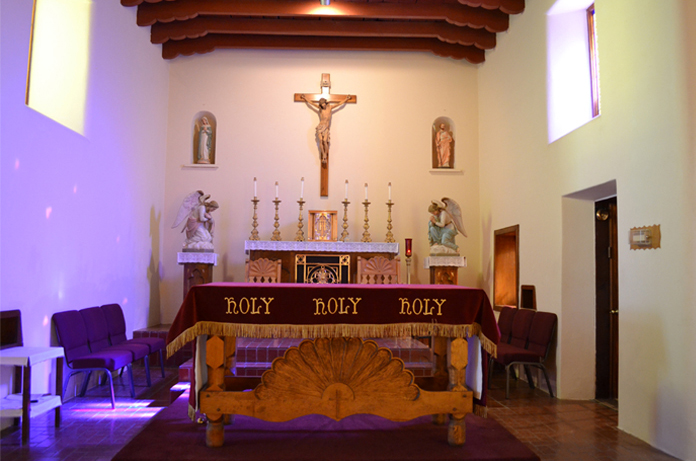 In the year of Our Lord 1858 a small group of men from the areas of Las Cruces, Doña Ana, La Mesilla and Isleta went to the area of Tularosa in an attempt to establish permanent farming residence. This group was driven out by the Apaches in the same year. Undaunted, they came back to try again. It wasn't until 1861 that this second attempt was made, but this one like the first was also unsuccessful.

On November 2, 1862, another group of men exclusively from Mesilla came to the area to try to succeed where the two previous groups had failed. Now that the settlement was officially established, all it lacked was name. Cesario Duran decided upon Tularosa because of the abundance of red cattail and roses growing along the river.

The first successful harvest in 1862 resulted in more men bringing their wives and families to settle in Tularosa. The Mescalero Apaches couldn't help but notice this external invasion and began to react with hostility. This awaited confrontation occurred on April 16, 1868. Nevertheless, it resulted in a battle which lasted less than two days and saved the Tularosa settlement from again being driven out to the valley. The belief held by the Tularosa inhabitants concerning the battle in that the battle of Round Mountain was successful by direct intervention upon the part of God. When the twenty-six volunteers had left to participate in the battle, the local people assembled in prayer around a picture of St. Francis de Paula, which has been brought to Tularosa from La Mesilla by Jose Maria Bernal in 1862 The prayer the people raised their voices to become La Promesa Solemne.

The battle of Round Mountain ended ten years of frustration for the settlers now the people was to fulfill the promise made to St. Francis de Paula, to finish building a Church in his honor. The Church to be constructed had been planned form the time of the original attempt to settle the valley in 1858. From 1862 and the successful founding of Tularosa until the time of the building of St. Francis de Paula, 1868, after being removed from the Diocese of Santa Fe.

Construction began upon the Church in the Fall of 1868. The present structure of the church is not the original shape. The Church is in the cruciform design having a rectory and sacristy built onto it. Also, the present Church structure, area-wise, has about twice as much room as it did when originally compiled in 1869. When the Church was completed in 1869, Rev. Francis Boucard was sent from Tucson to Tularosa to temporarily attend the spiritual functions which were needed. Rev. Boucard celebrated the first mass in the Church of St. Francis de Paula in May of 1869. 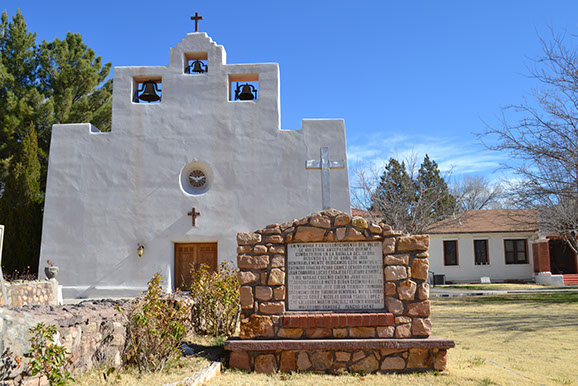